Born 2nd of November 1945, in Tuasivi Savaii, he was always an intellect. His intelligence took him to Australia and Fiji before securing a role as deputy registrar at Land and Titles in Mulinuu where he lived for 15 years. Our dad showed great commitment to his family when in 1986 he sold his house and land and left his good job to move to Fatausi, Savaii and serve his family as high chief Tuilagi. He lived in Fatausi, fulfilling his role until his final moment. He has a God given gift as one of the best orators and talking chiefs in the Country. We are so proud of him for his commitment not only to his village and family but to his itumalo and his country.
As the high chief, he selflessly showed undeterred fairness to all. He lived his life to the fullest, right down to his last moments. For 7 years he has been advised by his doctors to stop drinking his favourite drinks, Vailima & whiskey. However, he died on his own terms, sitting peacefully on his veranda with a bottle of Vailima and his dog by his side, overlooking the beautiful Pacific Ocean. His love, our mother, Aliitasi, was always by his side, even in his last moments.
Our Dad never openly showed his pride for his sons, however, we didn’t need to hear those words to know that his love and support were unwavering. Our Dad was full of character and lots of stories. One particular story went international when he was asked by a French reporter during the 2007 rugby World Cup whether he played rugby and he said, ‘no, but I am a former heavy weight champion of the world and I sparred Mohammed Ali.’ We are still asked to this day whether our dad was a famous boxer, we joking reply ‘yes, he had 5 fights, 4 loses and 1 win, but only because his opponent didn’t turn up’.
As time went by, he became known for his greeting ‘E Agalelei le Alii’ “God is good” and his open palm handshake which would be useful to accept 10 tala to use at his favourite social spot, RSA.
His unique laugh was always present and it will forever brighten up the darkness.
Our Dad was such a great man because of the love and support from my mum. She has and will always be the rock of our family. Thank you Mum, for all your love and support to Papa. You have spent a lifetime together and you took care of him so well up until his last breath and beyond.  Grief is the last act of love we have to give to those we loved. Where there is deep grief, there was great love.
On behalf of my Dad and my family, I want to take this opportunity to thank his friends, family and everyone who loved him and looked out for him. I can’t name specific names because there are too many of you but your prayers and well wishes have been overwhelming.
Papa, your legacy will live on through your children and grandchildren, we can’t thank you enough for everything you have done for us. A legend never dies. Alofa atu Papa, until we meet again.
“E Agalelei le Alii”

The Culture within the picture 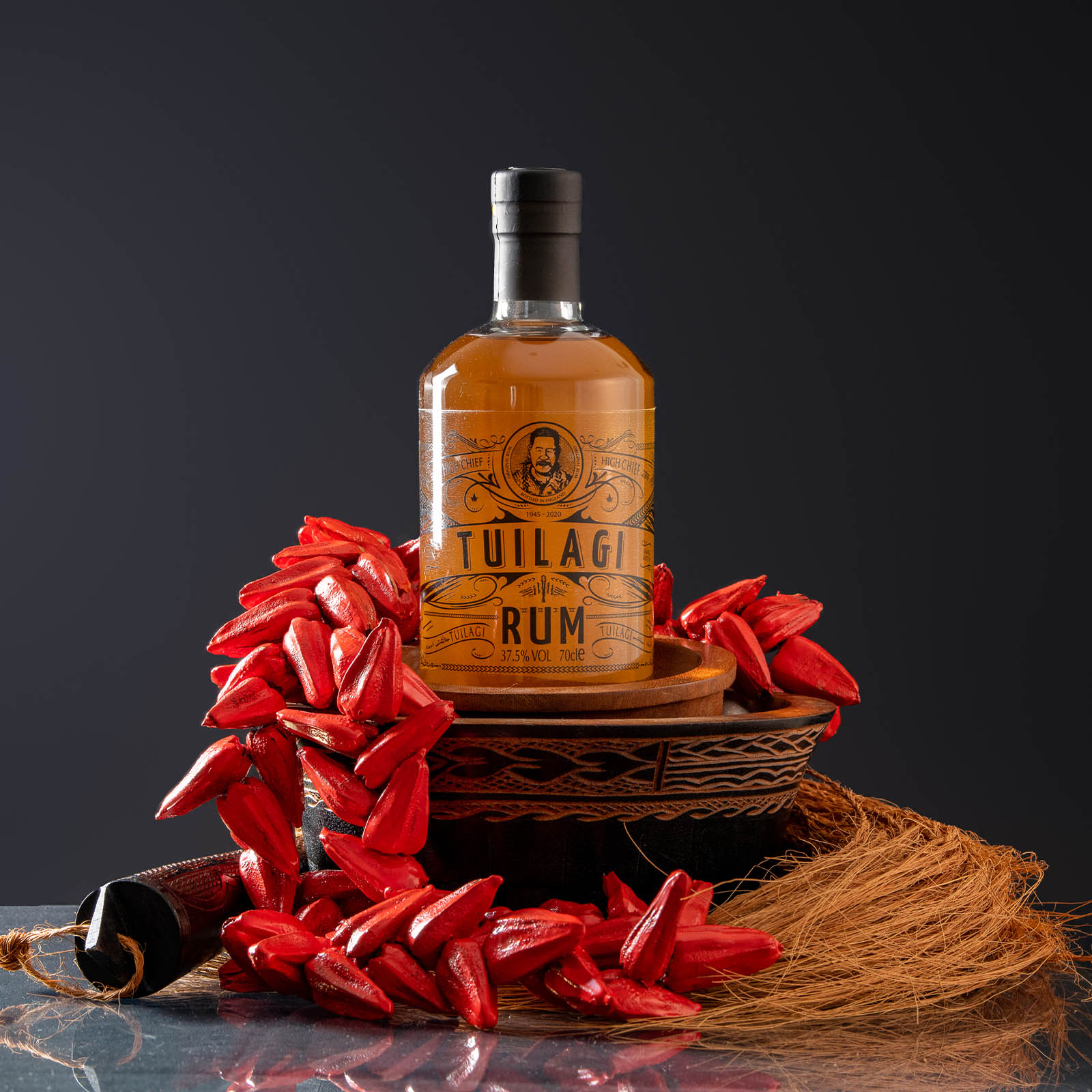 This Rum is dedicated to our Papa Tuilagi Vavae.

The Flywhisk (fue) and the Ulafala (Pandanus Lei) signal significant aspects of our culture. The Ulafala can be painted in different colours so to distinct status and the collective belief is when painted brown it would be called “Tuiveevee” for High Chiefs. The fly whisk (fue) and the Ulafala goes together as these are weapons or costumes that a High Chief or an Orator would wear in special occasions and mainly when delivering formal speeches. These are the everyday life of our Papa in the Village, Districts, Islands and Samoa.

This is a fue (flywhisk) from Samoa.  The fue is an an item of regal importance for a Samoan tulafale (talking chief). They are carried by tulafale or high chiefs when they are acting as an orator and presenting lauga (ceremonial speeches).  Said to resemble fly switches in appearance, the whisk portion of the fue is made from ‘afa (sennit braid).  ‘Afa is often described as one of the most, if not most important item of material culture in Samoa due to its popularity and varied uses in Samoan culture. ‘Afa can be used for fishing, adornment, constructing houses and boats, as part of tattoo instruments, or in this case, featured on objects that are of significance in Samoan ceremonies and customs like oratory. 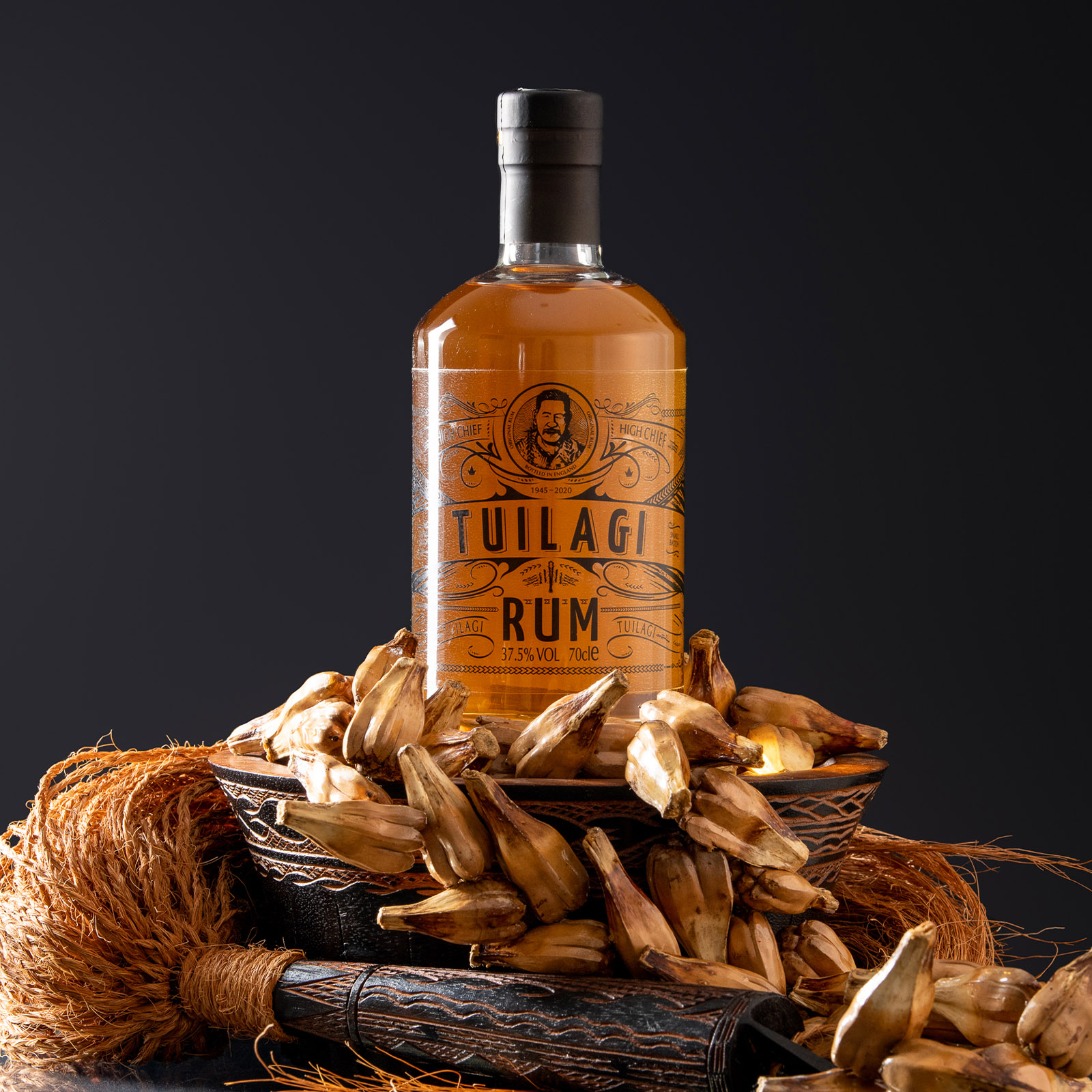 Our Tuilagi Rum is made in honour of our Dad, High Chief Tuilagi, 1945 – 2020.
With his picture on the label, we dedicate our Rum to our Dad.
A legend never dies. Alofa atu Papa, until we meet again.
E Agalelei le Alii (God is good)
Categories: Tuilagi Distillery, Tuilagi Rum Tag: Tuilagi Rum 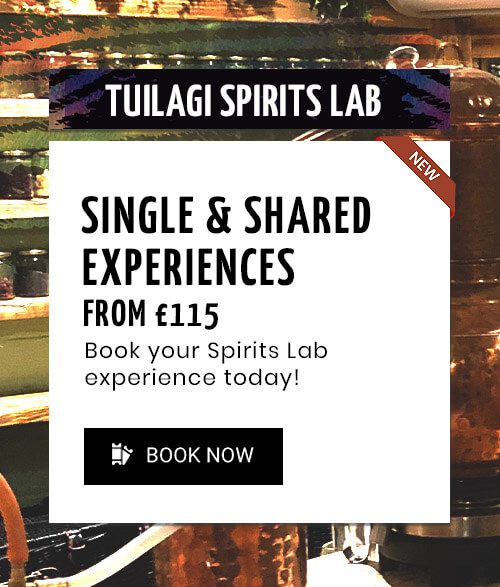 Tuilagi Distillery website uses cookies to give you the most relevant experience by remembering your preferences and repeat visits. By clicking “Accept”, you consent to the use of ALL the cookies.

This website uses cookies to improve your experience while you navigate through the website. Out of these cookies, the cookies that are categorized as necessary are stored on your browser as they are essential for the working of basic functionalities of the website. We also use third-party cookies that help us analyze and understand how you use this website. These cookies will be stored in your browser only with your consent. You also have the option to opt-out of these cookies. But opting out of some of these cookies may have an effect on your browsing experience.
Necessary Always Enabled
Necessary cookies are absolutely essential for the website to function properly. This category only includes cookies that ensures basic functionalities and security features of the website. These cookies do not store any personal information.
Non-necessary
Any cookies that may not be particularly necessary for the website to function and is used specifically to collect user personal data via analytics, ads, other embedded contents are termed as non-necessary cookies. It is mandatory to procure user consent prior to running these cookies on your website.
SAVE & ACCEPT